Today is Facebook’s 12th birthday, and to celebrate, it’s offering you a video of your friendships over the years.  It gives you a fun way to see how much people have changed, particularly if you’ve been on Facebook for a long time.

Last week was EndGame PR’s 10th birthday, and one of the ways we celebrated was to launch the all new website you’re looking at right now.  As I was in the process of building the site, it hit me just how much EndGamePR.com has changed since I published the first version in early 2006. So, I decided to take a look back.  Here is the design for the very first EndGamePR.com … in all its glory.  Click the image for a larger version, if you dare.

The site was straight HTML with no CMS.  What this means, in short, is that it took a good long time to build and to update.

The design you see above didn’t last long.  Less than two years after launching the website, I tweaked things and moved on to this: While they look pretty rough now, these first two designs were not bad for 2006 to 2008.  Check out what Yahoo.com looked like back then!  If you notice some fonts not being consistent, don’t blame that one on me.  I grabbed this screenshot from the Internet Archive’s Wayback Machine, which tends to mess with fonts sometimes.

What was really important about this second version is that it had a blog.  The blog was powered by WordPress.  While the content management system (CMS) is now everywhere, at that time it was just a few years old and was almost exclusively used as blogging software.  That all changed, though, as it grew into software you could use to build an entire website.  That led to the next iteration of EndGamePR.com, when I went “all in” with WordPress… 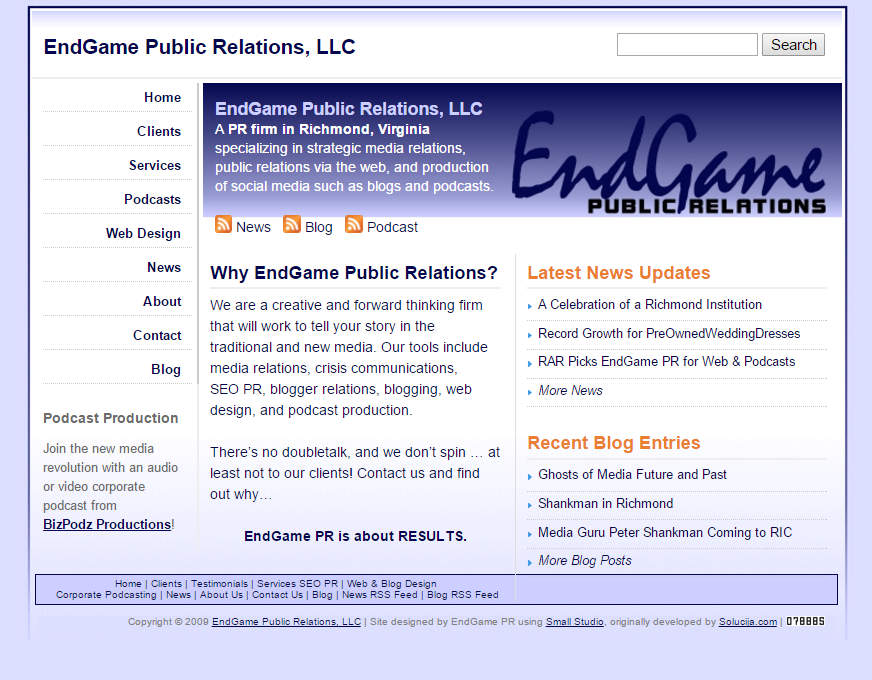 This 2009 version of the website was built entirely with WordPress.  It was much cleaner and a LOT easier to update than the old HTML versions.  Wordpress was still a little raw, but it made my life much easier.  I still like this particular version of the website (other than my weird decision to use orange for section headers) but it didn’t last long before making way for this design… 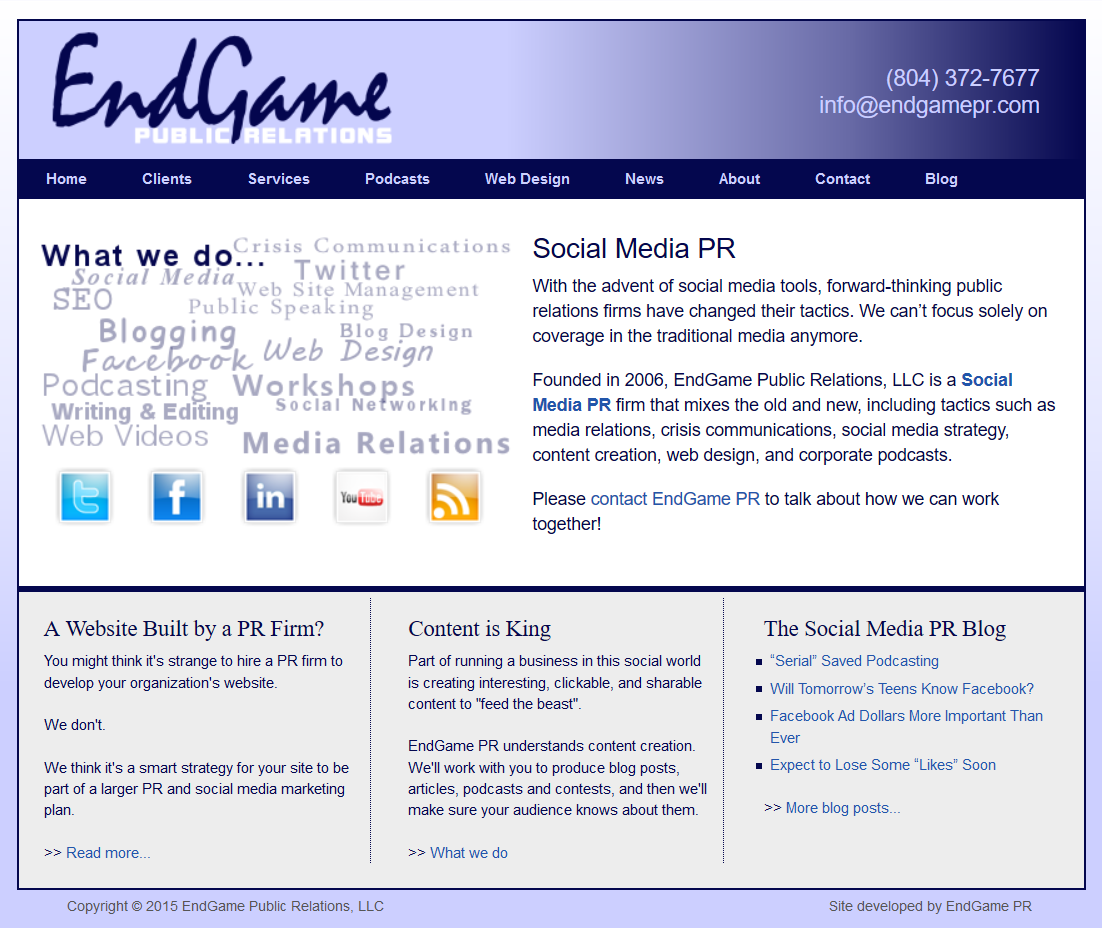 As you can see, I was getting better at building websites.  This version launched in early 2010 and stuck around for a good long while — longer than it should have, if I’m being honest with myself.  I probably kept it so long because I was always so fond of the look.  Also, there’s the whole “shoemaker’s kids have no shoes” thing.  I was so busy working on other people’s sites that I didn’t have time for my own.  But, as EndGame PR’s 10th birthday approached, I knew it was a great time to launch the all new EndGamePR.com — the one you’re looking at now. 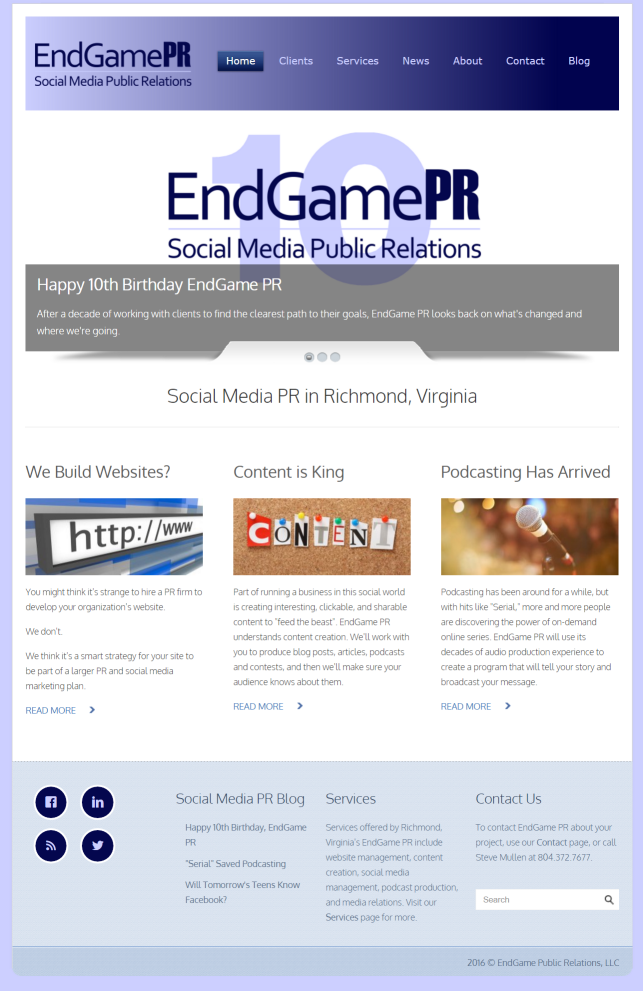 This new site has a lot of benefits, other than just being “new.”  The most important is that it’s responsive.  What that means is that its design changes to best fit the size of the screen being used to view it.  Mobile design is extremely important these days, and not having it can actually harm your search engine rankings.

I’d love to hear any feedback you have about the new website.  Feel free to leave it in comments, or just shoot me a private note via our contact page.