(Los Angeles, May 24, 2010) – Bruce Lee’s teachings and martial arts mastery are legendary. His spirit remains an inspiration to an untold number of people around the world. Now the powerful name of the icon comes to the iTunes®, App Store with Bruce Lee Dragon Warrior, developed for the iPad®, iPhone®, and iPod touch®. The game, which brings Bruce Lee’s history and legacy to life, is available worldwide for $4.99, and is the first and only fighting game in the iTunes®, App Store to bear his name.

The game is co-published and co-developed in partnership with Universal Partnerships & Licensing by two of the top mobile game companies in the industry, Indiagames (http://www.indiagames.com) and Digital Legends Entertainment (http://www.digital-legends.com). The Bruce Lee Estate contributed guidance and support through Bruce Lee Enterprises, the licensing company helmed by Bruce’s daughter, Shannon Lee. A masterpiece of the 3D martial arts genre, the game uses motion-capture technology and features players fighting in historical locations around the world in an attempt to become the Master of Martial Arts. Customizable fighting styles make Bruce Lee Dragon Warrior highly user-friendly and the game also boasts the most realistic fighting game environment possible on these devices. Loosely based on the events of Bruce Lee’s career, the game honors the martial arts legacy left by one of its greatest masters. Players follow Lee’s journey as he trains with a Kung Fu master, then fights in tournaments and later faces his worst enemies.

There are many fighting games on the market, but Bruce Lee Dragon Warrior is the only one in the iTunes®, App Store with the Bruce Lee heritage, as well as the most authentic and realistic graphics and game play. Designed for casual players and hardcore gamers alike, it is easy to pick up and play, but more difficult to master. The game features motion capture from those who studied Lee’s style, as well as facial animations, environmental animations and a custom soundtrack.

The primary motion capture subject for Bruce Lee Dragon Warrior was Joaquin Marcelo, a student of Ted Wong, a board member of the Bruce Lee Foundation. Wong was a private pupil of Bruce Lee himself, and teaches the martial arts style and philosophy he learned from the master.

“I was thrilled with how the game turned out,” said Shannon Lee. “It surpassed my highest expectations.”

“The input from those who best know Bruce Lee’s teachings was invaluable during the development of Bruce Lee Dragon Warrior,” said Vishal Gondal, CEO of Indiagames. “Their mastery of Lee’s style of martial arts style has helped us make the most authentic game possible.” 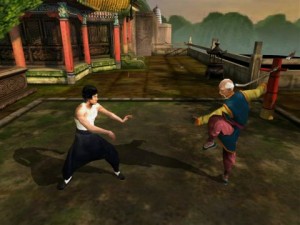 “Their mastery of Bruce Lee’s style and technique has enabled us to create the premier mobile game in the fighting genre,” said Xavier Carrillo, CEO of Digital Legends. “Working on this international project from Barcelona, Mumbai and Los Angeles, has been tremendously gratifying, and we have taken full advantage of our previous experience on fighting games as well as our cutting-edge 3D technology.”

Bruce Lee Dragon Warrior was designed specifically for the iPad®, iPod touch®, & iPhone®, but will also be available for play on other mobile phones.

For more information on Bruce Lee Dragon Warrior, go to the following URLs:

About Indiagames
Indiagames Ltd. is India’s largest games company and a pioneer in mobile and online games. The company has established relationships with more than 80 telecom operators across 67 countries around the world, including Vodafone, Verizon, T mobile, AT&T, Hutch, Airtel and many more. Indiagames also has relationships with all major game publishers and media companies in the world, including EA, Disney, THQ, Atari, Universal, Fox, Warner brothers, Sony, MTV, 2K and others. Indiagames has developed and published mobile games such as Bioshock, Garfield, Flavor Of love, Godzilla, Bruce Lee, The Office, Scorpion King, Cricket 20-20, Movin Maze, and others. The company also runs the only subscription-based games on demand service for PC games across all major broadband operators in India. For more information on Indiagames, please visit http://www.indiagames.com.

DLE origins in 2001 were on PC and console games, and since 2006 its exclusive focus is on mobile native platforms envisioning a convergence between mobile and handheld digital consumption and technologies. DLE has won nominations from 1up.com as “Best E3 Mobile Game” “Best Cell Game of the Year” for the fighting game “ONE” in 2005. Also has been winner of “Excellence in 3D” by International Mobile Gaming Awards (IMGA) in 2008 for “ONE” sequel and includes other honours like “Best Gameplay” nominee by IMGA in 2009 for the music game “Dance Fabulous” and winner of the “People’s Choice Award” by IMGA in 2009 and 2010. Its B2B customers include major game Publishers, market leading OEM’s like Nokia and Samsung and also technology suppliers. For more information on Digital Legends Entertainment, please visit http://www.digital-legends.com.

About Universal Partnerships & Licensing
UP&L oversees Universal’s consumer product licensing, film and home entertainment promotions, and all corporate alliances for Universal’s theatrical, home entertainment, theme parks and stage productions. This dedicated division is also responsible for monetizing the Studio’s vast library of films and characters through licensing, branding and marketing opportunities. UP&L is part of NBC Universal, one of the world’s leading media and entertainment companies in the development, production, and marketing of entertainment, news, and information to a global audience. Formed in May 2004 through the combining of NBC and Vivendi Universal Entertainment, NBC Universal owns and operates a valuable portfolio of news and entertainment networks, a premier motion picture company, significant television production operations, a leading television stations group, and world-renowned theme parks. NBC Universal is 80%-owned by General Electric, with 20% owned by Vivendi.